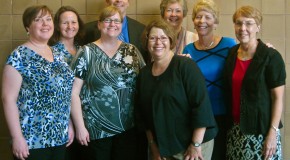 Have we got it wrong?

Reclaiming the true value of volunteers

OZVPM HOT TOPIC – JUNE 2007 By OzVPM Director, Andy Fryar This month, as we celebrate the 5th birthday of OzVPM, I’ve been reflecting a little on the changes we have seen in the

Are we evolving into a new look profession?

OzVPM HOT TOPIC – JUNE 2006 By OzVPM Director, Andy Fryar Having recently had the privilege of returning from another trip abroad, I am more convinced than ever that the profession of volunteer management