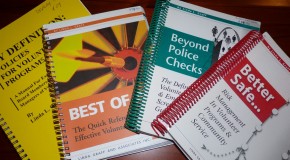 To celebrate Linda Graff’s amazing career and to help her fund her impending retirement, we are offering hard copies of Linda’s four major publications ‘Better Safe’, ‘Beyond Police Checks’, ‘By Definition’ and ‘Best of

OzVPM HOT TOPIC – JULY 2006 By Linda Graff with OzVPM Director, Andy Fryar Next month, Canadian trainer and author Linda Graff will visit Australia for the second time. Her workshops around the country

OzVPM HOT TOPIC – May 2004 By OzVPM Director, Andy Fryar In these days of constantly changing demographics, ageing baby boomers and increased technology, few would argue that the on-line community offers a potentially