We would love for you to follow OzVPM on Twitter – come on and join us now! https://twitter.com/#!/ozvpm_andy

Volunteers the backbone of the country 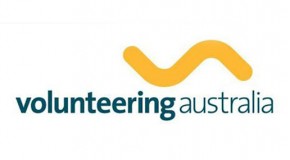