All posts by Andy Fryar » 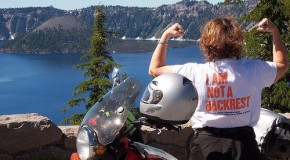 An Interview with Jayne Cravens

HOT TOPIC – APRIL / MAY 2010 During March of 2010, OzVPM were involved (along with People First Total Solutions), in inviting leading US trainer and volunteerism commentator Jayne Cravens to Australia, where she

Youth Washing – are you guilty?

Global Recession: Are we missing a golden opportunity?

By OzVPM Director, Andy Fryar I have just returned from a few weeks of work in the United Kingdom, a place I am lucky enough to have been able to visit annually for most

HOT TOPICS – OCTOBER / NOVEMBER 2009 By OzVPM Director, Andy Fryar I continue to be baffled about the apparent lack of focus and understanding that people exhibit about the importance of volunteer management

It’s a serious business …this profession we are in!

HOT TOPIC – August / September 2009 By OzVPM Director, Andy Fryar I’m lucky enough to meet hundreds of people each year who are responsible for leading volunteers. More often than not, I am

Don’t forget the People in the Process

HOT TOPIC – June / July 2009 By OzVPM Director, Andy Fryar Over the years I have had the opportunity to write and edit hundreds of hot topics, articles, reports, blogs and even books

Perceptions of the Australian Volunteer Movement

OzVPM HOT TOPIC – April / May 2009 By OzVPM Director Andy Fryar with Rob Jackson and Tony Goodrow During March 2009, two ‘first time’ visitors travelled to Australia where they got involved in